SUELCO was founded in 1995, in Écija, Seville, as the dream, with the entrepreneurial endeavour, of its founder, Dionisio Coto Pérez, a native of Écija who had spent his entire professional career in Córdoba.

He did this in a small 225 m2 building with three floors, where the Coto family worked, ate and even slept.

When conceived, SUELCO started out with only one intention: to be an electrical distributor. However, over the years, it started working in a variety of fields related to electricity.

It was not until 2002 that SUELCO started on a long period of consolidation and growth with the construction – still in Écija – of a building that better suited the size of the company. This was definitely a pivotal moment, as the company started out on the road to growth that continues to this day. With the arrival of the euro, SUELCO multiplied its capacity by a factor of five, both in terms of storage and offices and administration. It built its first training room for up to 60 people. It also finally laid the foundations for a period of success that led it to multiply its billing by a factor of five between that date and the start of 2007.

Half way through this period, in 2005, it opened its first branch in SAN JOSÉ DE LA RINCONADA, also in the province of Seville.

Later on, SUELCO opened its first branch outside the province of Seville, in the province of Cádiz, in LA LINEA DE LA CONCEPCIÓN, in 2009, in the midst of the worst economic crisis that our country has ever suffered, or so it is said. Some years later, in 2013, a branch opened in DOS HERMANAS, when Spain was still not out of the woods.

It was in 2015 that SUELCO further tightened its market position as an important player in the Andalusian distribution sector by building what is today its largest sales centre in CÓRDOBA, the city where Dionisio Coto, the founder of the company, started his professional life and where his children, among them Dionisio and Manuel Jesús, both of whom are currently in the company management, were born.

With the construction of this new centre, SUELCO moved its administrative offices to Córdoba, although its registered address is still in Écija. Córdoba never became its logistical centre, since the company is distinguished by having completely autonomous outlets, with materials on the shelves to supply customers in different areas that are always interconnected through logistical support.

The opening of the CÓRDOBA centre gave a new impetus to the growth of the company since it was then that different departments were organized in order to give the best and most personal service to our customers: SUELCO CLIMA (climate control), SUELCO LUZ (lighting), SUELCO FOTOVOLTAICA, SUELCONECTA (networks and structured cabling), and SUELCO INDUSTRIA.

In 2017 came its most outstanding project, with the opening of an outlet in the unparalleled city of Marbella. The differentiating factor of the MARBELLA premises is an architectural area for designers, to adapt to the demand from that market, which is very different from the previous ones in which we had operated.

Also in 2017, when we were already firmly established in the climate control sector, SUELCO opened its first dedicated plumbing centre. Again it is in Écija, our birthplace, which is witnessing our first incursion into the world of water, from where it will gradually spread out to the other places in which we operate.

We therefore currently have six general branches and one specifically for plumbing. 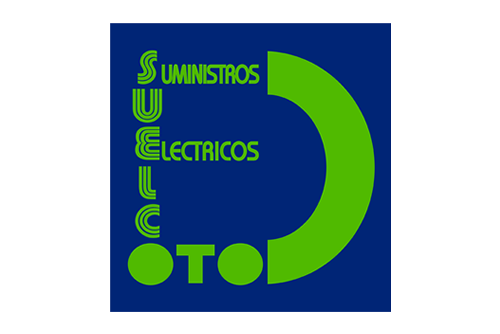