CSI, Central de Suministros started up in 1994 in a small shop in Turó de la Trinitat. Subsequently, due to the growing demand for its products, it opened a second outlet on Calle Tamarit.

Today, the company is one of the sector’s major distributors in the province of Barcelona and its search for excellence in customer service has led it to grow constantly. This is why for some years now it has had the ISO9001 seal of quality.

CSI now has nine outlets in the province of Barcelona.

In early September 2015, it opened a new logistical centre in Mataró, on the same site as its shop. The company now has over 10,000m2 in which to receive, store and distribute the materials demanded by its points of sale and customers.

We also have our own transport for delivering the materials ordered with the maximum care and attention.

Distribution is the basis of CSI’s business. To satisfy customers, it is necessary to offer the best products under the most advantageous conditions.

CSI is an official distributor for the top brands in the sector. Due to its volume of purchases, it can count on the help and the most favourable conditions from its suppliers. 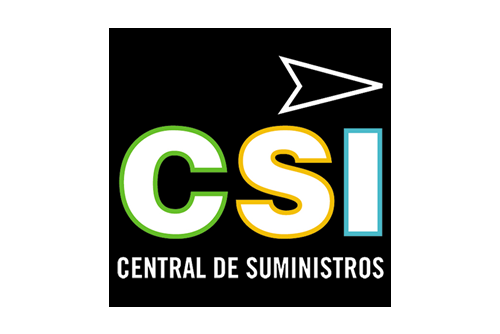